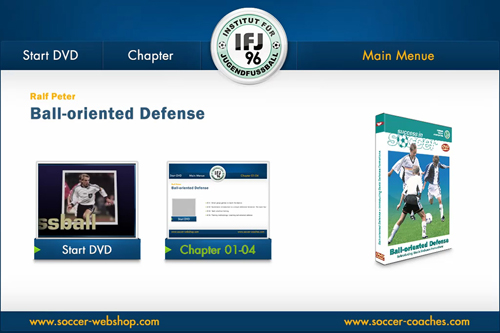 This DVD shows how to start teaching the basics of ball-oriented defense (providing support, covering teammates, double teaming on the player with the ball) at the 11- and 12-year-old age level.

For more advanced players, it also present a step-by-step procedure for introducing defense formations, using the back four as an example.